The International Conference on Reactive Plasmas (ICRP) has taken place by the initiative of the Division of Plasma Electronics, the Japan Society of Applied Physics since 1991. The 1st ICRP was held in Nagoya, the 2nd in Yokohama (1994), the 3rd in Nara (1997), and the most recent conference (10th ICRP) in Sapporo (2019). Some former ICRPs were held as international joint conferences: the 4th ICRP was with the Gaseous Electronics Conference (GEC) at Maui in 1998, the 5th was with ESCAMPIG at Grenoble (2002), the 7th was with GEC at Paris in 2010, 9th was with GEC at Honolulu in 2015, and 10th was with International Conference on Phenomena in Ionized Gases(ICPIG) at Sapporo in 2019. The Symposium on Plasma Processing (SPP) is a domestic annual Japanese meeting that has been held by the Division of Plasma Electronics since 1984. The joint ICRP and SPP conference aims to gather researchers and engineers, involved in various aspects of reactive plasmas and their applications. The joint conference also aims to facilitate the exchange of information and ideas among them within an international framework. The subjects covered in this conference are the entire field of reactive plasmas and their applications to various materials processing such as surface modification, etching and deposition with emphasis on basic phenomena, technologies, and the underlying basic physics and chemistry. Furthermore, the subjects have been extended to bio- and/or medical application of plasmas. This conference particularly encourages papers dealing with basic properties of the plasma itself, its generation and control, fundamental processes in the plasma, and plasma-solid/liquid interactions. Papers dealing with specific results of processing should place emphasis on the related plasma characteristics in obtaining the results. The 11th ICRP will take place in October 3-7, 2022, in Sendai, Japan, as a joint conference with the 75th GEC. This conference will also be held as a joint conference with the 40th Symposium on Plasma Processing and 35th Symposium on Plasma Science for Materials (SPSM35). The conference site will be at Sendai International Center at Sendai. 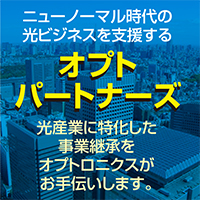